A Story and a Few Sayings of Socates Discovered 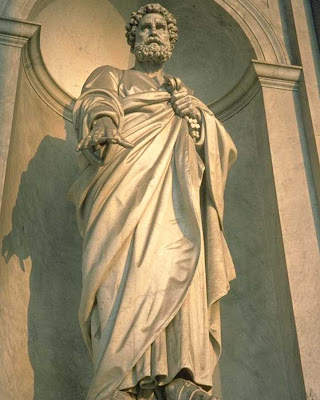 A story of Socrates discovered!

I am not really sure how far is it true, but its a story that gives a very practical and precious lesson of life! This post is all about the great classical Greek philosopher - Socrates, who was considered as one of the leading founders of Western philosophy. His thoughts and philosophy greatly inspired Plato, who was his student. Philosophy of Socrates had been real inspiration for generations following Plato's time. For instance Aristotle - the student of Plato was also highly influenced by the thoughts of Socrates.

Here's a story of Socrates that I just discovered...

A young lad once asked Socrates about the secrets of his success story. Socrates asked the guy to see him near the river the next morning told the young man to meet him near the river the next morning. The guy came, hoping to be able to know about the secrets of Socrates' success. Socrates asked the boy to walk with him into the water river until the water got up to his chin. Surprisingly Socrates swiftly ducked the boy into the water and held him pressed tight under the water, although the boy struggled hard to get out. Socrates was stronger than the boy and could kept him under the water until he started to turn blue due to breathlessness. After a few moments he let the boy come up of the water ans asked him, what did he desired the most under the water. The boy was almost gasping due to the want of oxygen and replied him that he wanted a little air to breath.

Socrates said that, it was what the success is all about! He said that until you want the "success" as badly as you wanted the air under the water, then will never achieve it. There is no other secret to the success, according the great philosopher - Socrates.

Here's a few quotes of Socrates that I discovered this morning. Read on...

"Death may be the greatest of all human blessings."

"I know nothing except the fact of my ignorance", from Diogenes Laertius, Lives of Eminent Philosophers

"There's only one good, KNOWLEDGE, and bad IGNORANCE ", from Diogenes Laertius, Lives of Eminent Philosophers

"Having the fewest wants, I am nearest to the Gods", from Diogenes Laertius, Lives of Eminent Philosophers

"Do not do to others what angers you, if done to you by others."

"If a man is proud of his wealth, he should not be praised until it is known how he employs it."

"Thou shouldst eat to live, not live to eat"

"Think not those faithful who praise all thy words and actions; but those who kindly reprove thy faults"

"The hour of departure has arrived, and we go our ways - I to die, and you to live. Which is better God only knows", In Plato, Dialogues, Apology

"It is not living that matters, but living rightly."

"Let him that would move the world, first move himself."

"I pray thee, O God that I may be beautiful within"
Great Minds